Read our privacy policy. If you are a Zinio, Nook, Kindle, Apple, or Google Play subscriber, you can enter your website access code to gain subscriber access. Your website access code is located in the upper right corner of the Table of Contents page of your digital edition. Sign up for our email newsletter for the latest science news. There are three things you can be sure of in life: death, taxes — and lying. But from internet advertising, visa applications and academic articles to political blogs, insurance claims and dating profiles, there are countless places we can tell digital lies.

So how can one go about spotting these online fibs? In our new research , we used linguistic cues to compare tens of thousands of emails pre-identified as lies with those known to be truthful. And from this comparison, we developed a text analytic algorithm that can detect deception. It works on three levels. Keyword searches can be a reasonable approach when dealing with large amounts of digital data.

So, we first uncovered differences in word usage between the two document sets. These differences identify text that is likely to contain a lie. They also use fewer first-person singular pronouns, such as I, me, mine, with discrepancy words, such as could, should, would, as well as more second-person pronouns you, your with achievement words earn, hero, win. Fewer first-person singular pronouns combined with discrepancy words indicate a lack of subtlety and a positive self-image, while more second-person pronouns combined with achievement words indicate an attempt to flatter recipients.

We therefore included these combinations of search terms in our algorithm. Another part of the solution lay in analyzing the variance of cognitive process words, such as cause, because, know and ought — and we identified a relationship between structure words and lies. Liars cannot generate deceptive emails from actual memory so they avoid spontaneity to evade detection.

That does not mean that liars use more cognitive process words overall than people who are telling the truth, but they do include these words more consistently. However, the process by which these small group hierarchies develop is not well understood.

In this study, we are attempting to understand what happens when two members of a group disagree as to who should take charge. To try and obtain unbiased or natural reactions, we had to give you some false information at the beginning of the study. We informed you that, based on your scores on the tests from the prescreening packet, we had determined that you were the most suited to lead the group in the group task, and we told you that you were the only member in the group who received this information.

But in fact, we gave this same information to one other group member, i. Thus, each of you was under the impression that you were uniquely suited to lead the group.

We apologize for misleading you, but we believe this was the only way to examine the processes that are the object of our research. In designing this study, we took care to minimize any possible risks or discomforts that might be related to the deception.

Now that you understand the true nature of our study, you have the chance to refuse the use of the data we collected from you for research purposes. You are free to ask us not to use your data in our study analysis.

This is entirely voluntary, but we hope to analyze as much data as possible to better understand the processes by which status hierarchies develop in groups. Because this experiment is ongoing, we request that you not share the true nature and purpose of this experiment with others who might potentially participate in our study.

Search Field. Research involving Deception. Guidance on Use of Deception and Incomplete Disclosure in Research The purpose of this document is to assist researchers in addressing issues related to using deception in research with human subjects [1]. Overview Deception is when a researcher gives false information to subjects or intentionally misleads them about some key aspect of the research. Examples of Deception : Subjects complete a quiz, and are falsely told that they did very poorly, regardless of their actual performance.

American Psychological Association standards for use of deception 8. The IRB may approve a consent procedure that does not include, or which alters, some or all of the elements of informed consent, or waive the requirements to obtain informed consent provided the IRB finds that [10] : The research involves no more than minimal risk to the subjects; The waiver or alteration will not adversely affect the rights and welfare of the subjects; The research could not practicably be carried out without the waiver or alteration; and Whenever possible, the subjects will be provided with additional pertinent information after participation a complete debriefing.

Below is sample language for consent forms: For scientific reasons, this consent form does not include all of the information about the research question being tested. Debriefing and Dehoaxing Debriefing Debriefing is a process that can be undertaken at the conclusion of any research activities, regardless of the whether deception is part of the research design.

To convince the subject the behavior was due to situational determinants within the experiment rather than to dispositional determinants within the subject. Continuous Debriefing Since subjects may feel a range of emotions at different intervals about being deceived, a process for continuous or staged debriefing may be needed; however, this is usually only done for greater than minimal risk studies Delayed Debriefing If a study requiring debriefing will run over several days or weeks, subjects who have completed the study might tell others about it.

If names and contact information are not collected, researchers could: Give subjects a URL where they can get debriefing information after a particular date upon which the information will be available. After solving the problem, each child was given his or her least-liked toy. Younger children, especially boys, were likely to show more disappointment, whereas older children showed more positive emotions.

In a similar study at the University of Pennsylvania, this time using children as young as four years, Cole, too, showed that girls were better at hiding their disappointment than boys; in this case, however, the four-year-olds were as good as older children in masking their expression of sadness. When this study was extended to preschoolers, three-year-olds also inhibited their disappointment. Clearly, this ability makes its appearance quite early in life. Other paradigms have been used to test whether and when young children lie to protect the feelings of another.

We found that by the age of two, most children touch their noses and show embarrassment when they see the red spot in the mirror, a reaction suggesting they understand that this mark is unusual and out of place. In a variation of this test, Kang Lee and his associates created another paradigm to examine the problem of lying to protect the feelings of another. Here the experimenter, who this time has a red mark on her own nose, tells the child she is about to have her picture taken and asks whether she looks okay.

Moreover, there were no age effects. From such data, it seems that from the ages of three to seven, children are more or less equally skilled at polite deception. Often, their early coaching in this skill takes place in the home.


Children may also see their parents engage in deception to save the feelings of others. The majority of the children, even by three years old, complied; when disappointed, girls smiled more often than boys, an observation that suggests they were better able to mask their feelings as required. 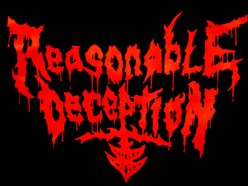 Although the experimental data are still limited, they show that deception to spare the feelings of others can be seen as early as three years of age and that girls may be better at it than boys. Moreover, parental instructions to lie to protect the feelings of another appear to be effective.

To address this question, in Gail Heyman led a study at the University of California—San Diego in which children were asked their reasons for telling a lie. The researchers gave children between the ages of seven and 12 years old a series of vignettes, some of which were about children who receive an undesirable gift and are asked whether they like it or not.

In half the stories the children tell the truth, and in the other half they do not. In another series of stories, a child transgresses by damaging a library book.

Again, in half the stories the children confess to the damage, whereas in the other half they do not. When asked to evaluate the behavior of the children in the stories they had been told, the participants in this study gave more neutral ratings of the politeness stories and more negative ratings of the transgression stories. Such findings as these support the view that children learn and evaluate positively lies that protect the feelings of others more than other types of lies.

As we will see, lying and deception are often associated with other prosocial and cognitive abilities. Two-year-old Maron is told not to eat a cookie, but when his mother is out of the kitchen, he does so. Another common form of lying in children has to do with the motive to avoid punishment. Children learn readily to lie when they have committed some undesirable act or have not done something they were asked to do. In this example, Maron remembers that eating a cookie has in the past evoked parental anger or punishment, and he tries to avoid these predictable consequences by lying.

Once toddlers have grasped the concept that lying may offer a way of escaping punishment, what do they do? In these studies, a young child is brought into a room and seated at a table, facing forward. We designed this situation to maximize the likelihood that the child will peek, and indeed this is often the case. The children are left alone in the room for a short time, and if after five minutes they still have not peeked, the experimenter returns. The results of our first study indicated that children as young as two and a half are capable of deception. Of those who peeked, 38 percent admitted to peeking, 38 percent denied it, and 24 percent gave no verbal response.

https://softpallioter.cf Thus, 62 percent of our subjects between the ages of two and a half and three deceived in some way. Facial and bodily activity did not differentiate the deceivers from the truth-tellers, suggesting these youngsters had already learned to lie fairly successfully.